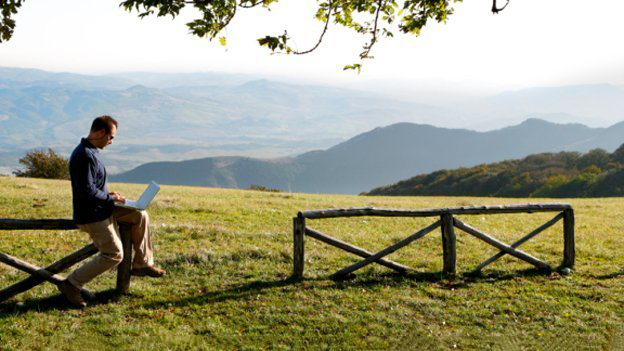 According to communications regulating agency Ofcom, UK consumers now enjoy broadband speeds that are, on average, three times as fast as they were several years ago. Ofcom stated that the average consumer’s internet speed from broadband providers UK is currently pegged at 17.8 MBPS, which is up from 5.2MBPS in 2010. Currently, a quarter of the residential broadband connections are considered ‘superfast,’ or at least 30MBPS and higher.

This, however, reveals just the tip of the iceberg, or more of a broader picture of what’s happening in the UK broadband scene today. In truth, smaller businesses and rural areas are at a risk of being left behind.

In certain rural areas, companies are discovering that access to fast broadband is both complex and expensive. Many of them cannot have access to superfast networks, even when those networks are already connecting up local homes.

Big commercial firms can easily overcome these issues, by setting up leased lines at their business premises. However, this is beyond the reach of small businesses. In the UK, there are still rural areas that have no broadband connections at all, and there are areas with no mobile data service either. This is not even limited to the most remote areas of the UK; there are even existing dead spots in the progressive areas in the South East too.

This data is revealed in a recent study facilitated by the Federation of Small Businesses, called ‘The Fourth Utility.’ In its recently released white paper, the agency stated that broadband providers UK, while doing a fairly good job at connecting up major centres of population, which has largely overlooked the needs of businesses.

One major reason is a lack of competition for small businesses; another is the emphasis on enticing consumers to upgrade their services. The outcomes can be problematic especially where entrepreneurs find that they have faster speeds at home than at work, or else they will be forced to make use of public hotspots to get connected.

The same firm mentioned in one case study, of small business owner Rosemary Smith, a small business owner who either has to update her website late at night or use the free Wi-Fi from a local library to be able to do stuff for her business. Ms. Smith is a resident of Cornwall, but the problem extends beyond that area.

Almost 500,000 smaller businesses still use a dial-up connection for their internet in the UK. Others are even limited, especially by slacking upload speeds. Once again, the main focus of broadband providers in UK should be local services and the smallest of businesses.

Businesses often opt for a symmetrical service, where they find that the upload speeds offered are 0.5MBPS to 1.0MBPS, which are too slow for use on the latest cloud computing and other related services.

Ofcom and FSB for their part would like to see more competition, especially in the fixed business broadband industry. They also believed that the targets meant for the government’s BDUK broadband campaign is not actually ambitious enough.

The Federation of Small Businesses prefer to see a target of 10MBPS broadband speeds for all homes and businesses come 2018, although reaching those level of speeds, with fixed connections in rural areas, will stay as a challenge for broadband providers UK.

Therefore, Ofcom together with the Federation of Small Businesses are calling on the government and broadband providers UK to target upgrades at business parks, business districts, and other local areas. Also, in towns, these sites are being overlooked in favor of domestic broadband connections. However, unless businesses can connect, the true value of consumers’ access to superfast fibre broadband will remain an elusive dream.